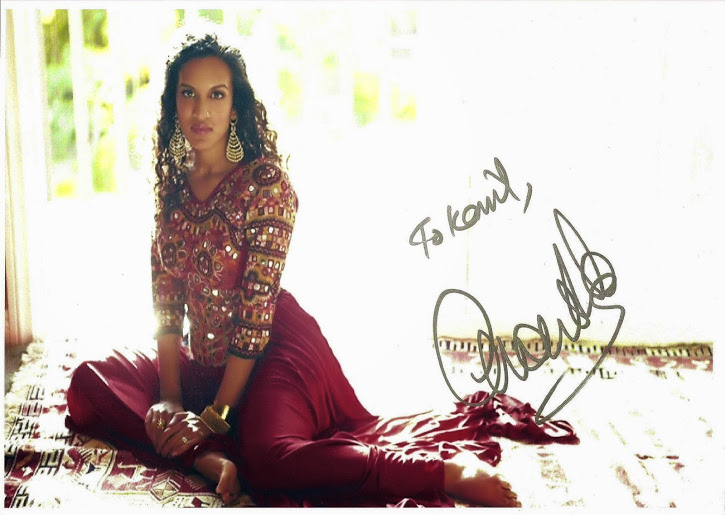 For the very first time in Poland! The legendary sitar player from India.

As a special guest during the most important world music festival in East Europe. Since she has not been in Poland so far, it would be a great chance to enjoy the most gorgeous indian show that one can have! I was lucky ad managed to meet Anoushka almost two years ago in Germany during her tour.

Why you should go to the concert?
Sitar player and composer Anoushka Shankar is a singular figure in the Indian classical and progressive world music scenes. Her dynamic and spiritual musicality has garnered several prestigious accolades, including five Grammy Award nominations, recognition as the youngest – and first female – recipient of a British House of Commons Shield, credit as an Asian Hero by TIME Magazine, and a Songlines Best Artist Award. Most recently, she became one of the first five female composers to have been added to the UK A-level music syllabus.

Deeply rooted in the Indian Classical music tradition, Anoushka studied exclusively from the age of nine under her father and guru, the late Ravi Shankar, and made her professional debut as a classical sitarist at the age of thirteen. By the age of 20, she had made three classical recordings for EMI/Angel and received her first Grammy nomination, thereby becoming the first Indian female and youngest-ever nominee in the World Music category. In 2005, Anoushka released her self-produced breakthrough album Rise, which earned her a second Grammy nomination. Following this nomination Anoushka became the first Indian artist to perform at the Grammy Awards.

Anoushka has championed her father’s four sitar Concertos with the world’s leading orchestras including the London Symphony Orchestra, London Philharmonic, MDR Sinfonieorchester, Lucerne Symphony and Orpheus Chamber Orchestra, under the leadership of esteemed conductors such as Zubin Mehta, Kristjan Järvi and Jakob Hrusa.

In 2011 Anoushka signed to Deutsche Grammophon, heralding a fertile creative period which was rewarded with three further consecutive Grammy® nominations. Traveller (produced by Javier Limon), was a critically-hailed exploration of Indian Classical music and Spanish flamenco. This was followed by Traces of You (produced by Nitin Sawhney and featuring Anoushka’s half-sister Norah Jones on vocals), and Home, a purely Indian Classical album where she returned to the Ragas her father had taught her.

Through her bold and collaborative approach as a composer, Anoushka has encouraged cross-cultural dialogue whilst demonstrating the versatility of the sitar across musical genres. As a result, Anoushka has created a vital body of work with a prominent roster of artists such as Sting, M.I.A, Herbie Hancock, Pepe Habichuela, Karsh Kale, Rodrigo y Gabriela, and Joshua Bell.