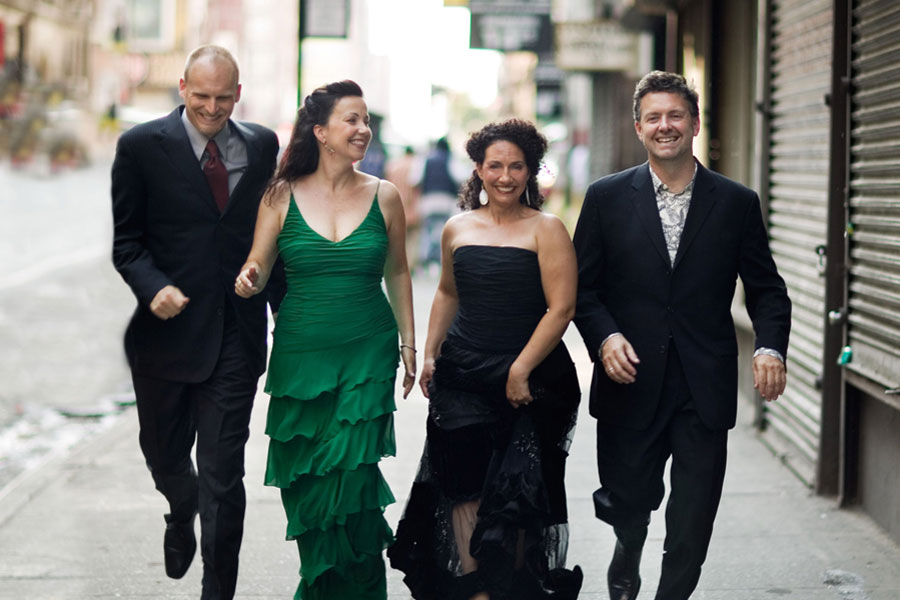 They can sing anything! With equal passion and virtuosity they find themselves in swing, jazz and R&B.

Its executive smartness and talent present in both the classical repertoire and the songs of Paul Simon. For almost 30 years have been enjoying their interpretations, concerts and CDs. July 25th they will perform at the Music Theatre in Gdynia at the end of Ladies’ Jazz Festival in 2016.

During their extraordinary career they had the pleasure to work with such stars as Bobby McFerrin, Ray Brown, The Count Basie Orchestra, Annie Ross, George Benson, Nancy Wilson, Jon Hendricks, Manhattan Transfer, Keith Locheart, Bob Fisher. Founded in 1987 by a group of graduates from Ithaca College band originally a quintet since 1994, it acts as a quartet. In Gdynia, is going to perform on the scene unchanged since that time: Kim Nazarian, Lauren Kinhan, Peter Eldridge and Darmon Meader. They recorded more than 10 albums and also participated in the recordings of other artists. They have won Grammy and Latin Grammy.