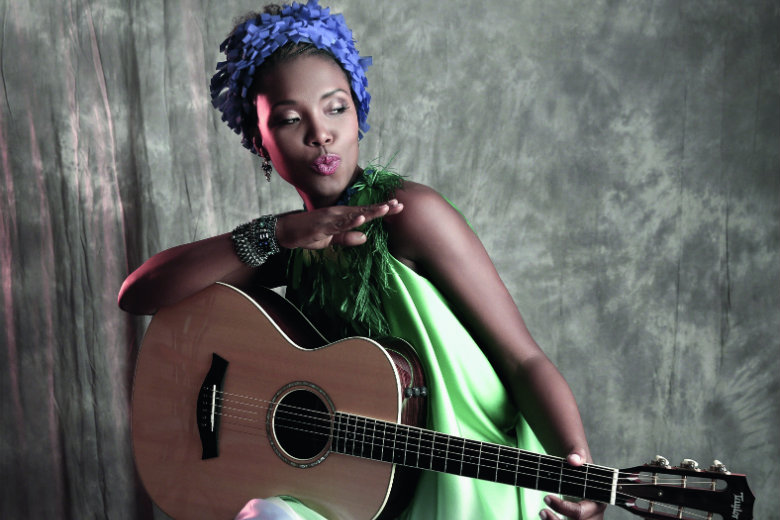 Karyna Gomes was born in Africa, studied journalism in Sao Paulo, where her passion for music has won all the others.

He met on his way Tito Paris who inspired her to live for music. So far Karyna has cooperated with the famous band in the region of Super Mama Djombo, recorded them in studios in Iceland in 2011, then she moved to Portugal and started a solo career. Album ” Mindjer ” (Female ) fits next to last album Angelique Kidjo – the current African feminism needed on this continent probably more urgently than anywhere else in the world. This delightful artist from Guinea-Bissau will perform in Poland for the first time at the end of Siesta Festival.